I realize that a number of hierarchical models of church structure find their alleged home in Acts 15, but I personally believe that congregationalism comes to the fore when the text is carefully examined. In short, Acts 15 gives an example of two truths for congregationalism: leaders lead, and congregations decide. What follows below is more about the latter than the former.1

Both churches involved—Antioch and Jerusalem—example congregationalism in how they relate to a conflict at hand, namely, whether or not Gentile Christians were supposed to obey the Law of Moses.

In all the above, the Jerusalem Council was mostly a matter between two churches—Antioch and Jerusalem. At the same time, it involved Christians Jews and Gentiles in general, so other churches received the letter as well (cf. Acts 15:23, “Syria and Cilicia”).  Representatives were sent by one church to inquire of another, and that church in turn sent its representatives back to the first church to give a clarification. After the hard work of carefully navigating the thorny issues involved, it all ended with “encouragement” and parting “in peace” (Acts 15:31, 33).  May God grant to us the same as churches navigate through conflicts today. 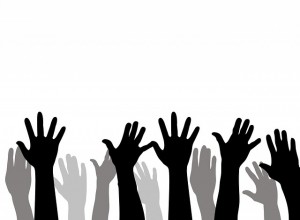 Last time I wrote on this topic, I gave the first of three points that demonstrate the authority of the congregation. Here is a second way that the Bible describes the congregation exercising authority.

(2) The congregation is involved in the selection and election of deacons and elders.

That deacons are selected by a congregation finds clear precedent in Scripture. When the first deacons were chosen,1 the apostles told the church in Jerusalem to “pick out from among you seven men of good repute, full of the Spirit and of wisdom, whom we will appoint to this duty” (Acts 6:3). The congregation’s involvement was to select men that the apostles would approve for the needed ministry at hand.

The details of congregational involvement in the selection of elders is not as clear as the involvement in selecting deacons, but I believe there is enough evidence to present a plausible case that elders assumed their office by a means similar to deacons. For me, I come to this conclusion with two arguments.

First, the action of appointing in Acts 6:3 stems from kathistēmi (καθίστημι), the same word used by Paul when commanded Titus what to do with elders in the cities of Crete (Titus 1:5). Admittedly, Paul does not detail how to carry out the command, but if this terminological link could assume some details of process from Acts 6:3, there is evidence, albeit meager, to suggest that Titus led the churches in Crete to appoint elders in a manner similar to the deacons of Jerusalem in Acts 6:3.2

Second, along with Titus 1:5, I would add that Acts 14:23 could suggest congregational involvement in appointing elders as well. The word denoting the action of appointing is cheirotoneō (χειροτονέω), a word that can literally mean “to raise the hand.” This verb became synonymous with an appointment to office, such as the church appointment of an individual to the office of elder. It is not out of bounds to assume that some form of congregational vote could have taken place for the appointment of these elders.3

To summarize, albeit the details are scant and scattered, I believe the process of appointing deacons is clear in Acts 6. Acts 14:23 and Titus 1:5 give some clues that I judge to evidence a similar process of appointment for elders.

There are several examples from Scripture that demonstrate the fact that congregations exercise authority over certain matters. For my own sake, I have divided a number of these examples into three categories. Here is the first of those categories with the passages that give it support.1

(1) The congregation chooses individuals for specific tasks, sends them on their way, and holds them accountable for their ministries.